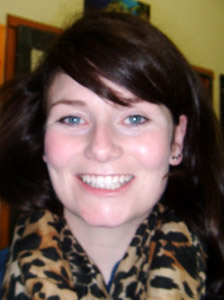 We are located  just north of the city centre. We have betwee 850-900 students.The school heritage finds it’s roots in Protestant, Christian traditions. The school ethos statement is “All of us are different, all of us are equal.”

We respect this diversity. We work to create an environment in the school where all members of the school community feel safe and protected, and enjoy learning, teaching, working and extra-curricular activities. We expect tolerance, politeness, courtesy, co-operation and respect for others and their property.

Being aware of the world and what is happening. Connecting with people around the world to make it a better place.

Global citizenship to me means connecting with others worldwide as equals and working together for social justice and equality.

It’s important to get a first hand account of what is happening in the world. It’s best if it’s from people our own age as they are our peers and will have the best connection with us.

Young people have voices and opinions that warrant both attention and respect. In order to truly become a global citizen young people need to become aware of and interact with their peers around the world. They need to consider other viewpoints, learn from one another and make a meaningful connection in order to create the global community.

We are looking forward to meeting you all, hearing about your lives and sharing ideas with you.

Your voice matters. You can create change in the world. As opportunities arise grab them with both hands. Don’t let self-doubt or others discourage you.

Globalisation   The spread of ideas and information around the world connecting people and involving them in global issues.

Inequality   When people are treated unfairly or discriminated against either positively or negatively. An uneven world.

Injustice   Something wrong or unfair. Not always concerning the law.

Power   A dominant controlling force considered superior to others. It may be linked to fear, respect, wealth or a perception of power.

Conflict   A clash/difference of opinions. Conflict can be ideological, verbal or physical.

2.  Can you give examples of how they are reflected in local issues (in your community and in your country)?

Globalisation   Watching the news or learning what is going on in the world using the Internet. Signing petitions to do with global affairs. Meeting people from around the world in our communities, learning about their cultures, language, religion, food, music etc.

Inequality   Travelling community being treated inferior and not being allowed to book parties in certain venues etc. Teenagers being limited to going into shops one at a time.

Power  Government making cuts that the people don’t agree with. Pupils being put into larger classes, loosing SNAs etc. These things affect us but no one asks us how we feel or what we think. Teenagers not being able to vote until they are 18.

Conflict   Nationalists and Unionists fighting in Northern Ireland. Trade Unions and the Government disagreeing over cuts.

3.  Can you give examples of how they are reflected in global issues?

Inequality  LGBT and gay marriage, poverty imbalance worldwide, trying to get education for all regardless of nationality, gender, race, religion etc.