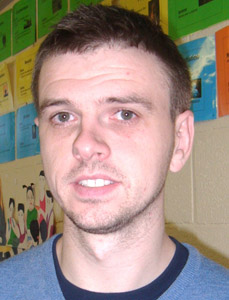 St Dominic’s is an all-girls school in the heart of Ballyfermot. We have over 350 students within the school. We in St. Dominic’s are committed to providing a Christian education inspired by the Dominican motto “truth” which fosters the development of the whole person.

Everyone in the world is part of it. As a global citizen we should work for peace, to stop poverty, look after the earth, work for justice and make the world a better place.

It means we are all part of the wider world and not in isolation. It is our duty as citizens of the world to fight for the rights of others in counties that maybe don’t have the same rights as us. We should be working for justice and peace on a global level. As John Donne said “No man is an island”.

To learn about other cultures, lifestyles and beliefs. Its important to know about young people and our rights and what problems other young people face.

Get involved, be open-minded, have fun, make a difference.

1. How do you define each of the 6 key themes above?

Globalisation  The whole of the world and how everything is connected

Development  How we change and grow

Inequality  Things are not equal

Injustice  When someone or something is not fair

2. Can you give examples of how they are reflected in local issues (in your community and in your country) ?

Injustice  How some people are treated by the police and government, poverty, homeless people

3. Can you give examples of how they are reflected in global issues ?

Inequality  People starving on less then a dollar a day, rich get rich power stay poor

We have watched all of the videos and looked at the map with the number of people that are poor.

What we have found interesting is the standard of living in other countries is much lower then in Ireland.

We like looking at the work of NGOs and how they go about their business. We felt neutrality is the most important aspect of the NGOs work.

Questions that came up were:

Why do we let bad things happen?

How can over 1 billion people be living in absolute poverty?

How can people not have clean water?

Child trafficking is an issue that has caught our attention when talking about power. Over 27% of people trafficked are children. Question arose about children’s rights and a good debate was had on the difference between child labour and trafficking.